My college anthropology professor hated Disney’s The Jungle Book. It was the damn monkeys. They swung carelessly from tree to tree, launching themselves through the rainforest canopy by the power of tails that wrapped around and released the branches in a rhythmic dance. Monkeys really do that. But The Jungle Book is set in India, where monkeys don’t do that. They can’t. Their tails lack grabbability. If they tried, they’d fall and die. (Maybe.)

The monkeys that can glide through the treetops with the help of their fifth limbs are a world away, in South and Central America. The ability is locked to the New World primates, or platyrrhines, a secret they guard closely from their Old World counterparts, the catarrhines.

Most of the primates we’re familiar with are our catarrhine cousins in Asia and Africa, like gorillas, orangutans, baboons, and chimpanzees. The new world primates are mostly smaller, flat-nosed tree-dwellers like spider monkeys, marmosets, and howler monkeys. The two populations are distinguished through distance and time: an ocean apart, separated for millions of years.

But, like all life, they are related. The two share a genetic history and a definitive common ancestor. What’s more, though, we know new world monkeys come from old world monkeys, or at least that their ancestors evolved in Africa, where many of the old world primates still live.

So how did a monkey species that evolved in Africa cross an ocean and end up thousands of miles away in South America? There are a few competing hypotheses. Originally, the leading assumption was that they didn’t traverse a body of water at all. At one time, South America and Africa shared the same landmass, a mini-Pangaea megacontinent known as Gondwanaland.

The Gondwanaland hypothesis suggested that those primates that would become new world monkeys evolved there, and rode the continent instead of the waves. It sounds like a sane idea, but it doesn’t mesh with the timeline; Gondwanaland started breaking up about 200 million years ago, and the first animals to look kinda like monkeys didn’t show up until 55 million years ago. So that one’s out.

The next hypothesis is that these smaller primates got there the same way their human cousins did, by crossing the Bering land bridge, an overland route that existed when sea levels were low enough to cross between eastern Russia and Alaska on foot. This is a nice hypothesis too, because we know it worked for humans and other animals, so to suggest it could have worked for monkeys doesn’t rock the boat too much. Of course, there are some issues.

First, while the humans who crossed Beringia were distance-traveling bipedal hunters, the type of monkeys that made it to the Americas lived exclusively in trees. The route the proto-American humans took would have brought them through stretches of tree-free terrain, the sort of places monkeys would have hated. Still, it’s not impossible they endured these shitty conditions long enough to find more suitable terrain. They could have wandered uncomfortably through tree-less deserts and hills until they found the lush rainforests of South America, settling there before their northern populations died out for good. But if that were the case, we would expect to have discovered some sort of fossil evidence of their gap year in North America. Elsewhere in the world, the primate fossil record is remarkably solid. Here, there’s no evidence at all of simian habitation. So maybe they took the long way, but probably not.

With Gondwanaland and Beringia crossed out, we’re left with one remaining hypothesis: the monkeys sailed across the ocean. Big claim. While tool use has been demonstrated in a number of primate species, ark construction has not. We’re also tens of millions of years from shipwrighting humans, so with no one around to design and build it, this hypothetical structure capable of ferrying monkeys from Africa to South America would have had to appear naturally.

In rare circumstances, extreme storms have been documented to knock free pieces of land and vegetation from coastlines, leaving them at liberty to float down rivers, streams, and oceans. Smithsonian linked me to a fun video of something like this happening in the Panama canal:

Monkeys aren’t the only animals hypothesized to have benefited from these vegetable rafts. By some arguments, nature’s proto-boats may have also been responsible for bringing garter snakes to Baja California and lemurs to Madagascar.

Snakes hitching a ride from central Mexico to Baja is impressive, but the distance between the two is nothing compared to the veritable world of water that separates Africa and South America.

40 million years ago, South America and Africa were working on the “separation” phase of their divorce and were much closer together than they are today, but the two were still separated by somewhere around 870 miles of water at their narrowest crossing.

This brings us to one of the first problems with the rafting hypothesis; even in the extraordinarily rare occurrence that a storm is severe enough to knock loose a livable piece of green land that happens to have a fertile selection of monkeys living on it, the idea that those monkeys (or just about any animal) would survive a pleasure cruise across the Atlantic is remarkably fortunate. The journey could take weeks to months depending on the route, and monkeys, like all animals, require food and water to survive. Even in the case that their eco-raft happens to have enough edible vegetation to eke out the journey, the storm probably didn’t knock loose a whole lake. And given that the ocean is filled with poison water, a dependable supply of freshwater is a necessary lifeline. Rain could supplement that need somewhat, but it’s unlikely it would be enough for an extended voyage.

So unless our simian friends developed reliable desalination technology before we did, they’re going to need to leap-frog the water problem, and the only way to do that is speed: they need to reach South America before they run out of water. Again, a grass-canoe left to its own devices in the middle of the Atlantic and captained by monkeys could roam for months without hitting land. Human boats used to fall victim to the same will of the tides before the development of technology like oars and sails. As much as we may will the opposite, monkeys probably can’t use oars with any level of skill. If these guys were anything like chimpanzees (they weren’t), they’d probably fight over direction a few miles off of Africa and resort to killing each other. Less sophisticated simians might just play with them. So oars are out. And it seems pretty obvious that monkeys wouldn’t be capable of building sails.

A flat mat made of grasses and low-lying shrubs might languish in the Atlantic for months, but what if it wasn’t just grasses and shrubs? What if the storm knocked a few trees loose? They could catch the wind in their branches and act as natural sails, propelling the raft forward. BBC estimates such a vessel could make landfall in under 15 days, considerably faster than a non-arboreal raft. For a hardy enough species, it may be a short enough voyage to survive without a particularly sizable supply of potable water. Trees would also help to explain the potential primate population.

This is the leading argument explaining the existence of monkeys in the Americas. A group of early primates hanging out in trees along a coastline or riverbed suffered a storm so significant that it knocked their home loose from the shore and into the open water. The currents pushed it as far as it could go until prevailing winds took over and, blowing against the sail-like trees, conveyed it all the way to the new world.

It might sound outlandishly lucky that the winds would happen to push our raft all the way to Brazil and not anywhere else, but in this case, it’s not that surprising at all. Sands from the Sahara desert regularly make the even-longer trek across the ocean, blowing mineral nutrients all the way from Africa to the plants of the Amazon.

This is the best and most widely-accepted hypothesis to answer the question of how monkeys made it to the Americas, but it’s still a hypothesis. Part of that’s because it’s all but impossible to disprove. If monkeys had come through the Bering strait and caravaned through California, we’d expect to find fossils — and we still could. Existence of a fossil record for the transient population could act as definitive proof that monkeys got here through Asia. If they evolved in Gondwanaland, we might expect to find remarkably similar fossils on either side of the oceanic divide. But for this hypothesis, there’s no such smoking gun. Unless the monkeys were unprecedentedly skilled in metallurgy or plastics, we’re not going to find the raft that brought them here. Nature’s taken its toll on it.

An early champion of the idea, George Gaylord Simpson, echoed the criticism of his opponents by acknowledging their argument that “this sort of adventitious migration is dragged in when necessary to explain away any facts that contradict the main thesis”. In other words, because of the simple explanation but unlikelihood of physical evidence, this is an easy argument to make and an impossible one to disprove. You may as well wield it to explain how anything got anywhere. Did species found in both Italy and Africa traverse continents on foot, or did they float? Are we sure the vikings really sailed longships to North America? Maybe they rode the grass (who wants in on this conspiracy theory? Early adopter discount.).

Finally, in order for this to work, everything in the scenario we’ve outlined above has to work perfectly. A storm has to knock loose some trees that monkeys are already in. The monkeys have to be fertile and willing to reproduce, and they can’t all drown at any point during the voyage. The trees have to be big enough to catch the wind, and the wind has to be powerful enough to push them. All in all, the voyage can’t take longer than about a few weeks, otherwise our monkeys will succumb to dehydration.

If any of these things go wrong, the mission fails, and these monkeys, like iCarly, never make it to Brazil.

But even with these parameters acknowledged, the trip is still far from impossible. Rare events don’t necessarily become more common after millions of years, but the likelihood of them happening at least once does. Monkeys jet-setting across the Atlantic on palm tree viking metal cruises every other week is technically unlikely. A one-time, one-way trip in 50 million years is less surprising.

But some scientists think they’ve done it more than once. More recent research on the topic unearthed fossil evidence of an unrelated extinct monkey species in Peru that may have made a similar voyage and coexisted with the platyrrhines before dying out.

Humans weren’t the first primates in the Americas. Monkeys beat us by tens of millions of years. And if the raft hypothesis holds true, that goes for both land and sea.

We give Columbus a lot of credit. He gets towns, districts, countries, a whole day. But the Vikings beat him by hundreds of years and the Native Americans by thousands. The monkeys, though, they’re the real stars. 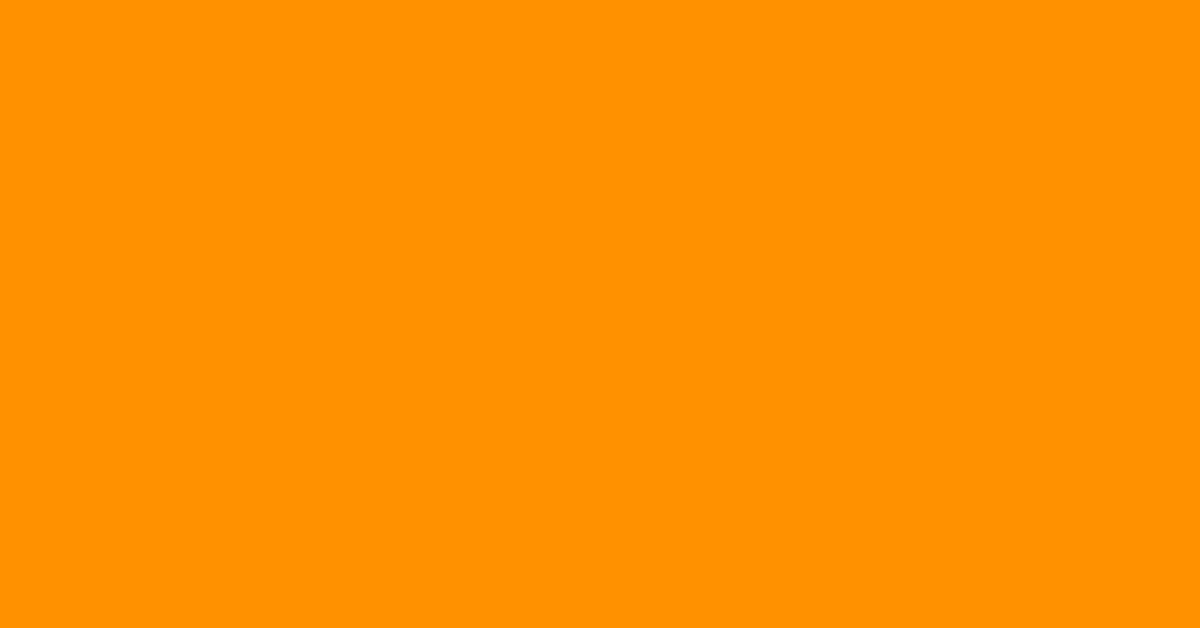 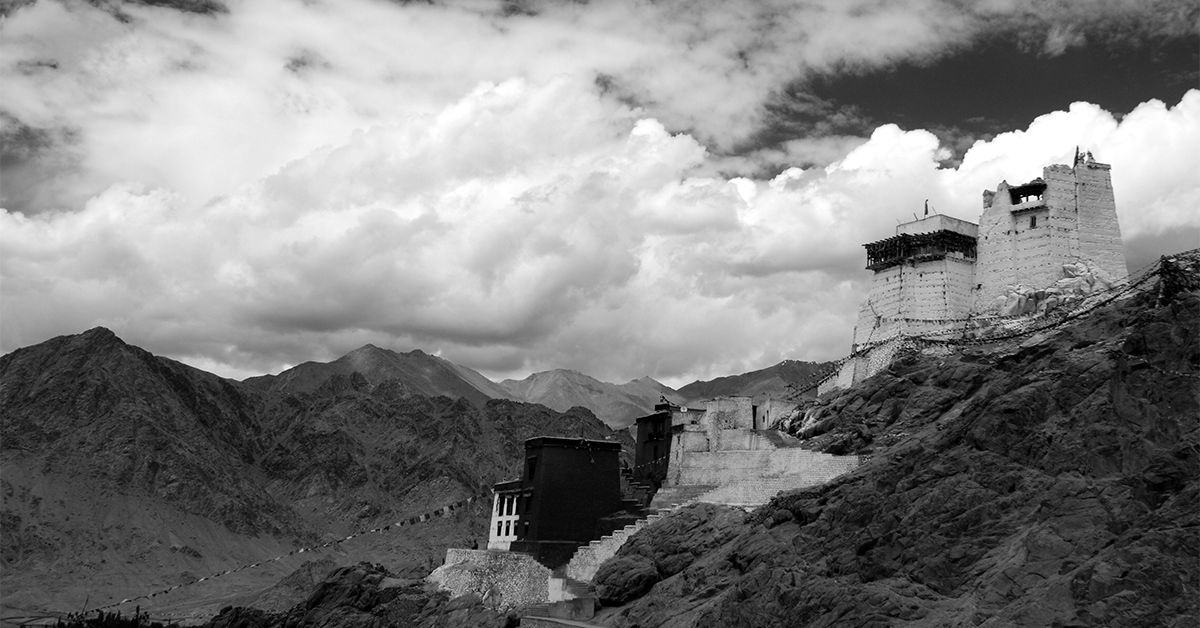